Kyoto-based Nidec Corporation is a major supplier of electric motors to various industries, including a 80% global market share in hard disk drive (HDD) motors. In a recent announcement in April this year, they revealed an ambitious plan to vastly increase their supply capacity to the auto industry. In the article, we look at how their business plan sheds light on the predicted growth of EVs. 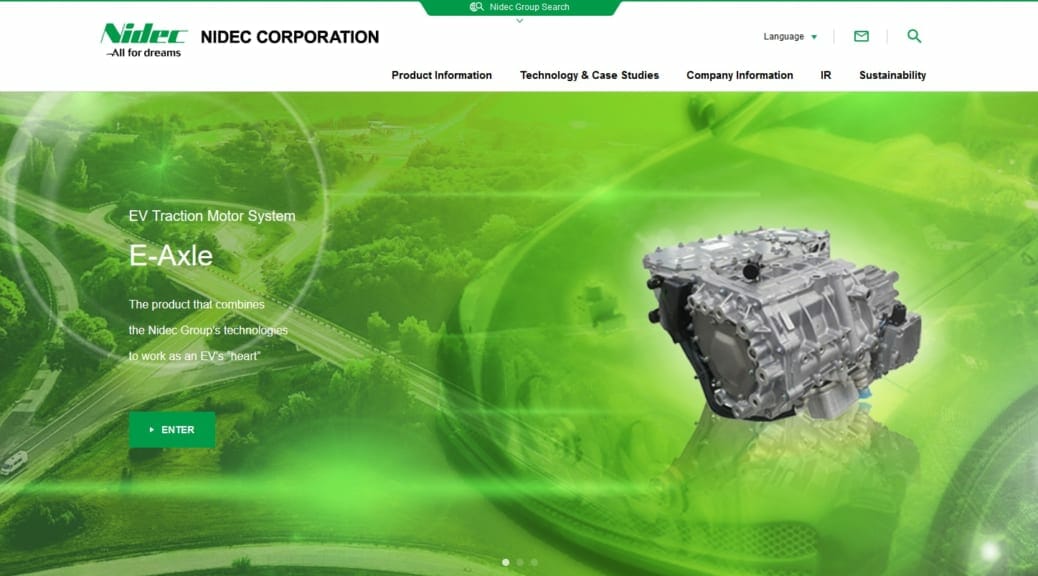 Nidec’s latest business plan, titled “Vision2020” builds upon their confidence that EVs will dominate the auto market in the near future, with 2025 being the turning point. Accordingly, they aim to sell 2.5 million drive motors in 2025, and 10 million in 2030, representing 40-45% share of a global demand for 25 million motors.

Jun Seki, President and Chief Operating Officer of Nidec, claimed that even these numbers may be rather conservative. Indeed, the EV market may grow more rapidly in response to greater regulatory constraints on selling ICEs by 2030.

To support this plan, Nidec plans to invest 150 billion yen (1.37 billion dollars) in the development of EV motors over the next 5 years, and Nikkei reported in May that Nidec will be expanding its manufacturing facilities in Dalian, China.

Nidec’s emphasis on 2025 as the turning point is based on the declining cost of the EV power train; they predict that it will be lower than that of ICEs by 2024, while battery costs will decline to 10 yen (9 cents)/kWh, compared to 14 yen (13 cents)/kWh at present.

To meet the anticipated demand in 2025, Nidec will sell 2.5 million “E-Axel” drive motor units. E-Axel is a drive system integrating motors and ECUs with power ratings of either 100kW or 150kW. These will be supplemented by an 70kW option this year, 50kW in 2022, and 200kW in 2023. Until now, this system has been supplied only to the Chinese market, and used for EVs such as the Aion series from GAC New Energy Automobile. According to Nidec’s earnings call, about 130,000 have been sold so far. 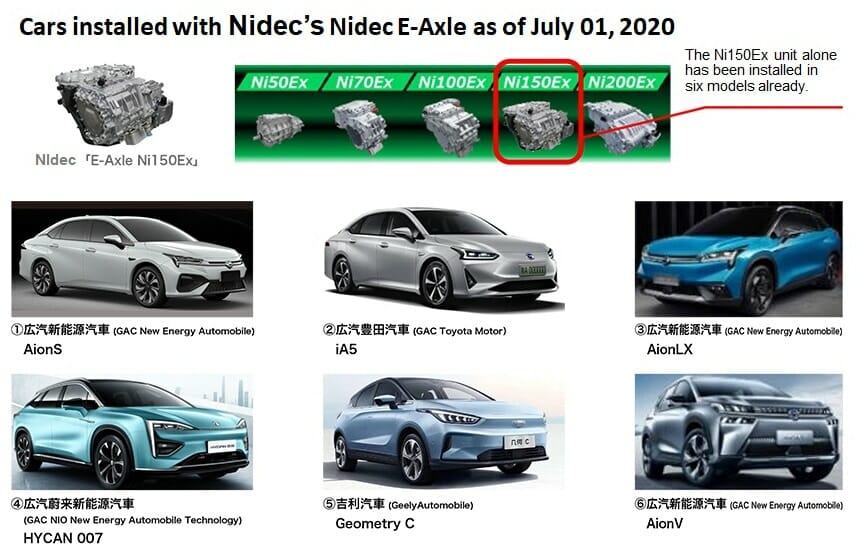 Making a platform after standardization

The plans indicate that Nidec are thinking a few steps ahead of their clients, the major Japanese Automakers: ‘Currently, automakers are trying to offer additional values to their cars because batteries are expensive. For example, they try to equip motors with torque equivalent to 3l engines for a segment which typically has 1.6l engines, and say, “please compromise on the price”. Mr. Seki said at earnings call media conference. Therefore, Nidec must currently adapt its motors to clients’ needs, which does not yield much profit to the company.

However, by 2025, he expects his clients to adapt their vehicles to the motors, as standardization becomes mainstream. ‘We endure and subordinate to our clients while we prepare for standardization, then once the base is complete, we advance to higher ground’.

Component suppliers can profit from the standardization or modularization of their products. Their clients also benefit from this as price of products go down. If this positive loop persists, a frame or “platform” to house these components, could be made as the end result of modularization. 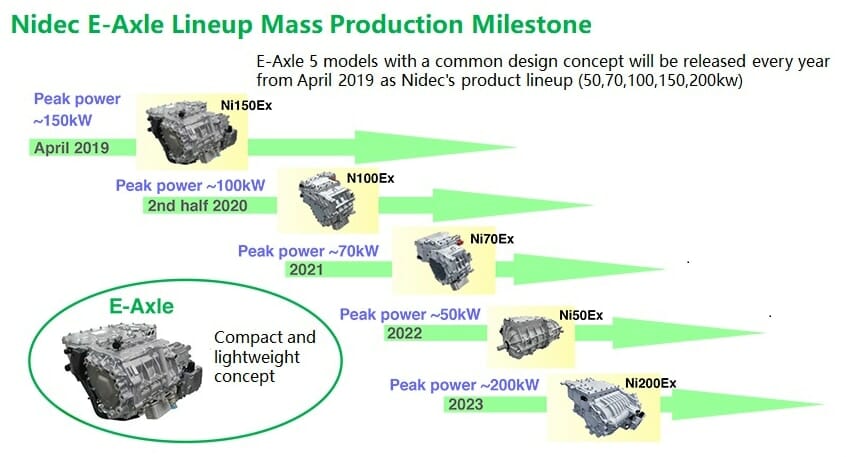 With Nidec’s expertise across various components, including the motors, steering and sensing systems crucial to EVs, they are well-placed to develop such a platform. A Nikkei report in May reported that Mr. Seki is expecting the price of a platform would be 600,000 yen ~ 700,000 yen (5,477 dollars to 6390 dollars).

However, Mr. Seki explained ‘It is not completely necessary to make a platform, thus it is not our goal. We are a motor specific maker seeking ways to add extra values to our products to satisfy our clients, also contribute to global environment……we are trying to find the most direct way to contribute to automakers. We would make a platform if it is the best, though there is no clear answer yet. But at least we see a potential there.’

The aforementioned sales targets refer to the middle-sized vehicle segment, but some believe the major growth lies in small, convenient EVs. Indeed, Shigenobu Nagamori, the founder of Nidec who oversaw its growth into the world’s dominant motor supplier, says ‘I have been insisting that small cars (known as “Kei” cars in the Japanese market) are the key to the massive growth in EVs.’

As evidence, Mr. Seki highlights the success of HongGuang’s Mini EV’s: ‘[Their] big sales indicate that people who could not afford cars before are purchasing this car. Public demand for new cars is clearly changing. Roughly 100 million to 200 million more cars will be sold than the current market size. Scooping up every single bit of this demand will be the key‘.

The “Small EV” segment nominally includes not just four wheels vehicles but also motor bikes, and Nidec foresees no difficulty in producing both 5kW motors for motor bikes, and 20kW motors for small EVs. By leveraging their expertise in, and close with relationships with, a range of industries including home appliances, computers, and other electronics, Nidec can adapt to the emerging EV demands.

By contrast, Mr Seki stressed the need for Japan’s domestic automakers to ‘wake up’, as Chinese-made EVs are already solving “the last mile” problem for Japanese businesses. As an example, he mentioned the case of major Japanese delivery company Sagawa Express, who is replacing their vehicle fleet with small Chinese EVs.

Profits in a future of falling EV prices

In the past few decades, a trend emerged in which Japanese companies give up on an industry once average prices drop to certain levels. As a result, Japan stopped investing in technology development and fell behind in areas such as semi-conductors and solar power.

The EV industry is considered to have significant room to reduce its costs, compared to those of ICEs, and is also more open to the participation of non “traditional” automakers. Nidec’s founder, Mr. Nagamori, believes that there will be a price war for EVs, especially in the small-sized EV segment. The competitive price of the HongGuang Mini EV is considered an example of this, and the market prices will likely continue to fall in the heated Chinese market.

Consequently, legacy Japanese companies have been hesitant to fully commit to EVs. But Mr Nagamori is not worried about Nidec’s prospects: ‘We will have products superior to others in terms of technology. Future competition will not only happen in price but also qualities. We will win in the end.’
In fact, Nidec’s strategy has already paid off: unlike other Japanese companies, it has managed to remain profitable and invest in new technology development, despite ongoing price declines. This can be partly attributed to the flexibility and low costs of keeping their manufacturing capabilities overseas, with only R&D facilities in Japan

Nikkei reported that Nidec will embark on a “Supplier town” plan, centered on expanding its existing infrastructure and a group of EV related companies in Dalian, China. According to the PR of Nidec, the plan is informally called “simultaneous engineering”, a process in which clients are involved in optimizing both product design and production lines. This is considered more efficient than the traditional approach of starting the production line after product design. While the plan is still in development, it will be interesting to see how Nidec leverages this ‘simultaneous engineering” to solve the logistical hurdles that accompany their ambitious sales targets.

Work with other companies

In March, Nikkei reported that Nidec and other 1,200 companies have expressed their interest to work with Hon Hai Precision, the world’s largest contract manufacturing company. Additionally, Nidec and PSA made a joint venture to make traction motors for EVs in 2017. I asked Nidec’s PR about the implications for their motor specifications and production timeline, but they were unable to disclose much detail at this time.

Clearly, Nidec has targeted EV motors as their core business, and are able to adapt quickly to the demand for EV motors in various sizes. This decision is likely motivated not only by the potential of the EV market, but also a decline in the existing HDD motor market. We look forward to seeing the details on Nidec’s mid to long term business plan ‘Vision2025”, scheduled to be released soon. 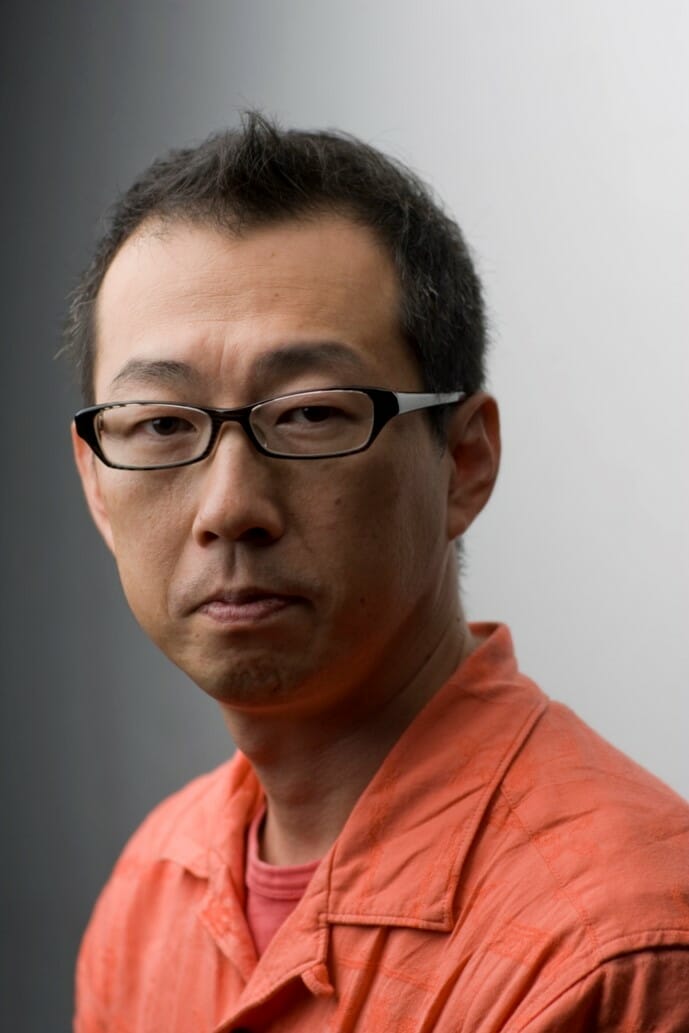 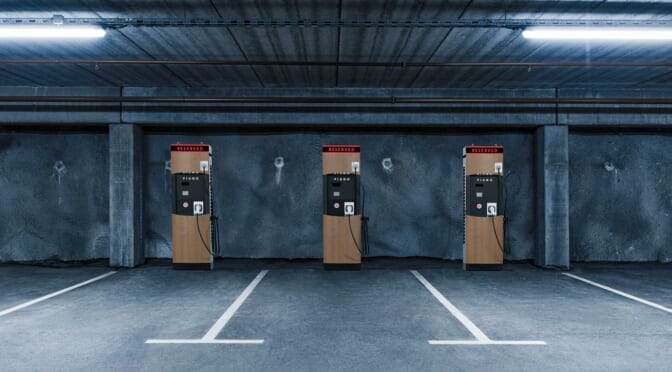 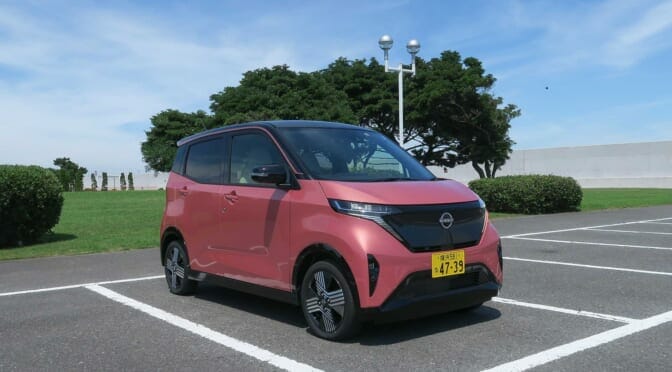 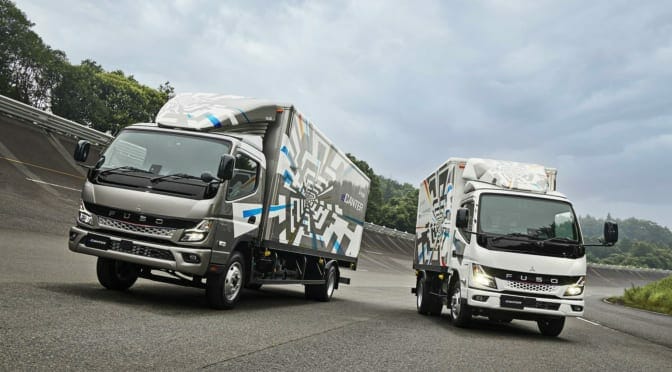 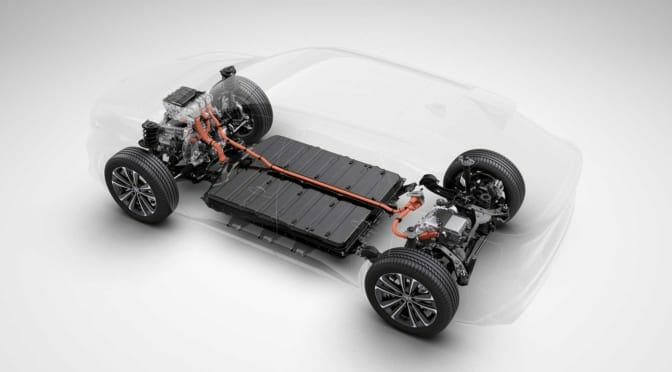