The devastation caused by typhoon Faxai in Chiba last month revealed Japan’s vulnerability in the midst of a changing climate. Whilst national and local governments struggled to provide sufficient aid, some people in the region survived the disaster with help from their BEVs and V2H systems. The author met with a Chiba resident to discuss his family’s story.

At the time of writing, Chiba, a prefecture adjacent to the metropolis of Tokyo, has not yet recovered from devastation caused by typhoon Faxai three weeks earlier. Due to the failure of both Japanese national and local governments to act promptly in dealing with this incident, the cabinet is facing some criticism for ongoing blackout of Chiba.

I had a chance to interview Mr. N, who lives in Chuo district, and has survived this disaster with his family for 2 and a half days by utilizing electricity stored in his BEV for home use via the V2H (Vehicle To Home) method. He managed to run the fridge, lights, and an air conditioning unit which was vital in preventing heat stroke, a common syndrome in the very hot and humid Japanese summer.

Typhoon Faxai hit the region in early morning of the 9th of September. I visited Mr. N on the 22nd of September, 2 weeks after the incident. At noon that day, there were still 3,100 properties left without electricity according to NHK radio news.

The V2H system as a life support system

Mr N’s family primarily relied on their 24kWh Nissan Leaf, which Mr. N purchased in 2013, and a V2H system named ‘LEAF to Home’ which was installed for the family 3 months after the purchase of the LEAF.

LEAF to Home (an system specific to Nissan cars), and other V2H systems, are all produced by Nichicon Corporation. It is the first commercialised V2H system in the world. In the Japanese market, a “Tribrid storage system” which connects EVs, PV and storage batteries by DC connectors, are also available. In fact, Japan is a leading country for V2H systems, and given my personal concerns about the future of CHAdeMO (at present, I only see media coverage of CCS in Western countries), I believe CHAdeMO should encourage the implementation of this system worldwide.

But back to Mr. N’s experience.

Around 4am in the morning on the 9th of September, with strong winds persisting from the night before, the blackout started. Initially, Mr N. expected the electricity would return soon, but by 6am, it was clear that he would have to take action himself or remain in darkness. However, he first consulted the website of TEPCO (Tokyo Electric Power Company) on his phone to find information as the state of the Typhoon.

In the previous night, there was tremendous noise as loose debris was thrown onto his house. In the daylight, he found the roof of a nearby storage building had come loose and was scattered across his land, while snapped tree branches had damaged his bike. It was fortune that Mr N. had remembered to close the shutters of the house the night before.

His dog was fortunately safe, peacefully sleeping near the house entrance as usual, but some roof debris had bombarded the dog house and now surrounded it.

Mr N. saw fallen trees and high-voltage power distribution lines (Max 6,600V), normally far from reach at the top of power poles, lying close to the ground. Since it had stopped raining, there were already people cycling or walking around the community to inspect the damage, so Mr N. shouted to warn those nearby of the danger. He rang TEPCO immediately to report the situation.

He returned home and set his LEAF to “Electricity supply mode”. As the main breaker switched off soon after LEAF was connected to the distribution board, he switched off all his device and appliances first, then started switching them back on, one by one . Fortunately, he managed to run the fridge, lights, air-conditioning unit, as well as a pump for his well. This time, Mr N. was relieved that he had prescribed specific cabling to each household item when he built his house.

The family resumes normal life in the ongoing blackout

With the lights and air-conditioning switched on in the living room, Mr N’s children were oblivious to the blackout that had rendered many houses in the region uninhabitable. According to Mr N, they even asked why the TV was not on as usual. The children confirmed to me on the day of interview that they really did not notice anything.

Indeed, they then proceeded to have warm showers, made possible with
a 4.5kW solar panel on the roof (providing ample electricity to support the V2H system), and an EcoCute pump system. With this set-up, the family managed to take showers for another 2 days, using hot water pumped by the EcoCute system, which in turn was powered with electricity directly from the LEAF.

Mr N. decided to stay home that day, taking time off from work to clean up his house. He normally works in an office located in east Tokyo, which was much less affected by typhoon Faxai. His colleagues had no idea how much damage Mr. N’s home area had suffered until he showed them photos. They were shocked.

Using fast chargers, with an approval from the dealer

By the afternoon, the blackout remained in effect across wide areas of Chiba. Mr. N decided to visit a Nissan car dealer near JR Soga station, as his acquaintance told him that the dealer had power again. He found that information was true, and the staff at the dealer shop willingly let him charge his LEAF. As a member of ZESP (Nissan’s charging association), he could have used their charger without asking for permission, but Mr N abides by a philosophy that these chargers should be prioritised for drivers, not those wishing to supply their home with electricity.

On the morning of the 10th there were still few signs the blackout would be resolved. As on the previous day, Mr. N went to the Nissan dealer to get more electricity. The soaring temperatures, and subsequent demands on the air-conditioning and fridge, meant he had to return again in the evening However, he recalls that he did not worry about his electricity supply, and with the use of a mobile TV for information, and a well on his property with fresh water, the family were reasonably comfortable at home.

The V2H system at Mr. N’s house currently does not allow a direct connection between PV and his LEAF. However, if he had the full “tribrid” storage system, available since early 2019, he would not have needed to go to dealer to get electricity if blackout conditions.

The power finally returned around 3pm on the 11th of September, about 2 and a half days after it was lost. At no point was there even temporary power restoration. After Mr N’s family ran out of hot water from the EcoCute pump, they considered purchasing another heater (one which is thrown into water to heat it up) from Amazon. Despite the large-scale power cut, E-commerce sites such as Amazon, and some delivery services, remained available.

Why did Mr. N buy his Nissan LEAF?

Originally, Mr. N bought his LEAF because it seemed convenient for his commute. Furthermore, the price difference with respect to the Nissan NOTE was only 400,000yen. For his job, he often runs economic simulations to maximise the value of company purchases, and simply did the same for his future car. His conclusion was that it would be paid off within 4 years. Three months later, he installed LEAF to Home system, as that too would be paid off in 4 years, according to his calculations.

As far as maintenance, Mr N. has had to replace his 24kW battery once, when it was apparent that he had to start charging the car on his return from his office, when previously he could commute all day without charging. By the time of the replacement, the segments of the battery had dropped to 8 .

How does Mr N use V2H on a daily basis?

In weekdays, the LEAF supplies electricity for Mr. N’s home from 7:00pm to midnight, allowing significant savings on their power bills. Between 2:30am to 5:30am, the LEAF is then charged at the cheaper electricity rate. The V2H and LEAF are connected by a CHAdeMO plug in order to use DC exchange. The conversion from DC to AC is done by the V2H system. Three hours is generally sufficient time to fill the battery. In fact, V2H has the capability to charge at twice the normal speed, such that the battery is always charged to at least 80% before Mr N. leaves for work.

After a typical commute of 20km, the remaining charge is 60%. Usually, Mr N. charges the car again for about 20 minutes (at a fast charger station), before he heads into his office. He prefers to charge the car in the morning as a pre-emptive measure, in case of a blackout or unexpected demands on his return journey.

The LEAF usually has 75% charge remaining upon returning home, after which it is then used to power the family home until its charge is depleted down to 10%. In weekends, the LEAF serves as an electricity source for longer; I saw his LEAF was set up to supply electricity from 4pm when I visited him on Sunday.

After talking with Mr N. I headed southwards; my aunt, aged 86, lives only 9km away. She also experienced almost 3 days of blackout too, and survived by staying at her several daughters’ homes. It was very difficult for an old lady like her to cope with this kind of incident, including moving food from the fridge, and packing her vital belongings at short notice. However, this lady, who has always treated me very well was fortunately safe and sound, and it was my pleasure to see her even for a short time.

Later that day, I dropped by a convenience store, Lawsons in Harbour city, to donate some electricity from my car. Currently, I participate in a social experiment to supply electricity to shops.

Nissan Headquarters sent 7 LEAFs to the Chiba region, while additional LEAFs were requested from local dealers. In total, 30 LEAFs were tasked with supplying electricity to local communities. Also, Nichikon helped with the supply of a Power Mover, a machine designed to extract AC100V electricity from Nissan LEAF batteries. This deployment was not an easy task in the aftermath of the Typhoon.

A Power Mover can provide three supply lines of 1.5kW to help power emergency evacuation centres. Unlike diesel power generators and other fossil fuel-based options including PHEVs, this clean energy source does not produce any dangerous by-products for people in close vicinity. According to the broadcaster NHK, there were at least 10 incidents of people suffering from CO inhalation at other emergency centres.

The「MiEV Power Box」 by Mitsubishi was also made available. With this device, you can obtain a constant 1.5kW supply which, while perhaps not enough to supply an entire evacuation facility, is almost sufficient for home use, such as a fridge and several lights. If, for example, you need to use a microwave, it may be necessary to temporarily switch off the fridge.

I felt compelled to write this article out of sympathy for the people of Chiba, who I hope recover as soon as possible, This issue has received very poor coverage from Japanese mass media. Furthermore, it was necessary to highlight the valuable role of EVs in the recovery effort, and the role of Nissan and Nichikon, who sought no publicity for their services in the disaster relief. 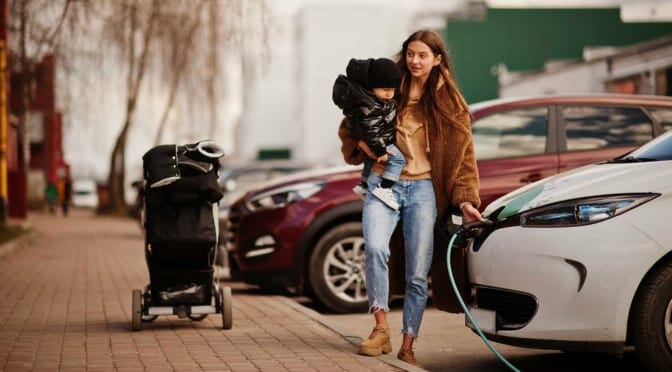 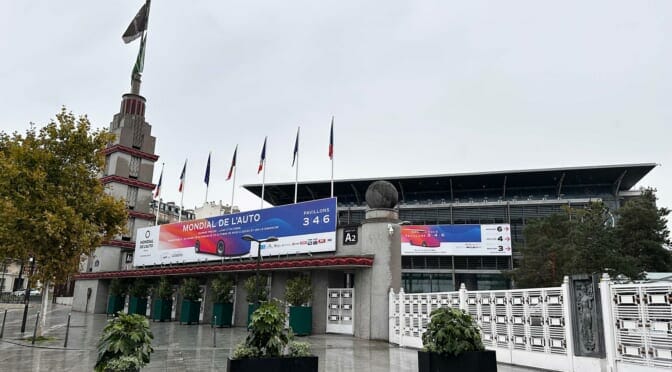 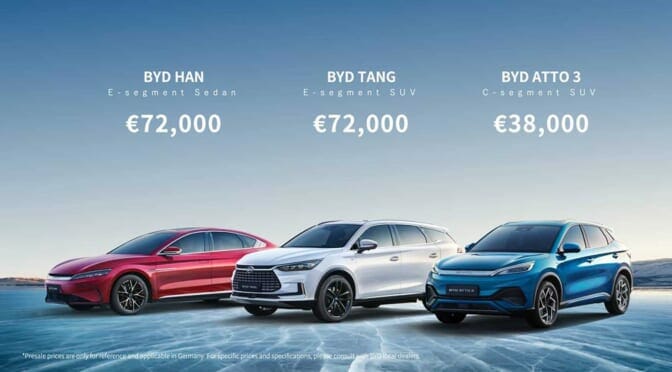 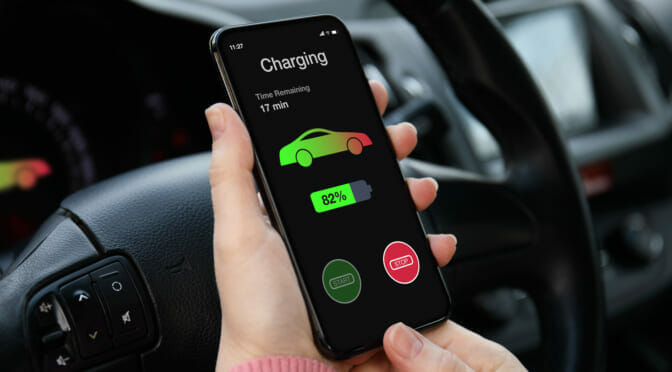